Knowing Yourself: The Key To Healthy Relationships

Relationship problems can sprout up at any time. Sometimes you might fight with your girlfriend over nothing, and sometimes it’s something more serious like a trust issue.

Either way, a healthy relationship starts with you. You have to ask yourself if your own problems have been dealt with before you share your time and your life with someone.

Bringing baggage into a relationship is pretty toxic, and that applies for both you and the chick your dating.

People that get into relationships too fast, or for the wrong reasons, usually don’t end up doing so well.

The good news is that with a little introspection, and understanding of who you are, you can decide whether or not a long-term relationship is the right move for you.

For some guys, it’s extremely gratifying to be with a girl for an extended period of time. For others, it might just not be in their DNA. The key is figuring out who you are first, and then making a decision.

How To Have A Healthy Relationship: Communication

You can search far and wide for relationship tips, but the truth is that the best way to be happy in a relationship is communication.

Being able to talk things out is the best way to keep your affection strong. 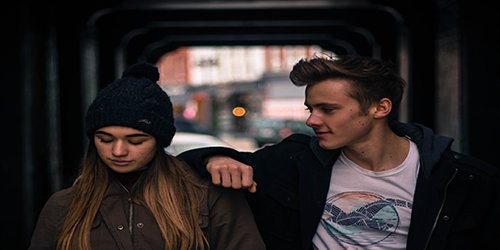 It’s perfectly normal to have disagreements, but when two people can’t seem to explain why they feel the way they do, the negative feelings start to build up. Over time, this can kill a good relationship.

As a guy, you may not always want to say how you feel. There’s a stigma attached to guys talking about their feelings, but if you really care about the girl you’re with, you’ll find a way to express yourself.

Come up with a checklist when you’re starting to get pissed off, and see how you can de-escalate the situation so you can talk about it. Ask yourself the following things:

Introspection and empathy in a relationship can keep things together, and prevent relationship problems from arising. Keep cool, and don’t be afraid to say exactly what’s on your mind.

The Most Common Relationship Problems

Relationships don’t get sour because of any one thing in particular, but a lot of the time they’re bound to get sour from the beginning. This is because people get into them for the wrong reasons.

If you’re just hooking up with a girl and things start to get a little bit more serious, ask yourself if it’s the right decision to pursue a relationship. Look for red flags. A lot of the time it’s difficult, but you have to be logical.

There’s a neurochemical reaction in the brain that makes the first few encounters with a girl feel like she’s the best thing that’s ever happened to you. The problem is that it can cloud your judgment. 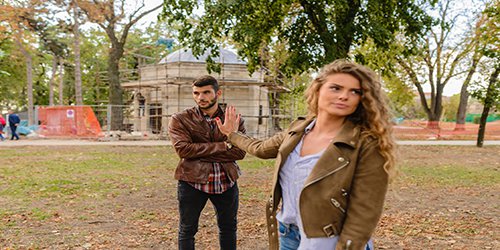 Acknowledge that she makes you feel good, but ask yourself if that feeling could continue after the honeymoon phase? Remember, in the first month, you’re only seeing the best side of her.

It’s a lot different than a teenage relationship where all you do is make out under the bleachers. The older we get, the more complex our emotions get.

Be responsible when you start catching feelings, and make sure they don’t get out of control.

Signs Of A Healthy Relationship

A healthy relationship isn’t all that hard to identify. Both the guy and the girl have no problem communicating their issues to one another, and they can play a few different roles in each other’s lives.

You should always aim to be some form of the following in your relationships:

The last one seems a little general, but the truth is a lot of guys get complacent. They sometimes feel like they have to stop courting their girlfriend since the agreement to date has been made. 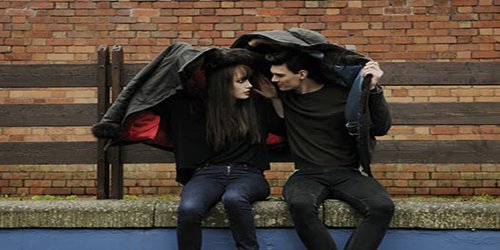 This could not be more wrong. Getting a girl attracted, is a lot different than keeping her happy with you in the long term.

Remember, guys are constantly hitting on her, and she’s consistently faced with other options.

Don’t let it stress you out, but you should always aim to be the best guy in her life. Keep up the spontaneity, remind her that you value her, and listen to her when she’s going through something.

If you’re serious about dating her, these things will pay off immeasurably. She’ll still be faced with other options every single day, but your bond with her will be strong enough that it won’t matter.

There is no single relationship in which people don’t occasionally argue or disagree. Some might say that this is what makes them exciting and gratifying.

Being with someone with their own views and opinions is incredibly satisfying.

However, sometimes people disagree so strongly, that it can cause friction in relationships. The key is to acknowledge that you are still two separate people, even though you’re in a relationship.

So what if she thinks the movie you liked was shitty? She’s entitled to her opinion. The key is compromise. Let her have her moments, and she’ll let you have yours.

If you can’t compromise, it may not totally end the relationship, but it’ll linger. Understand that sometimes, you’ll have to back down, and she’ll do the same. 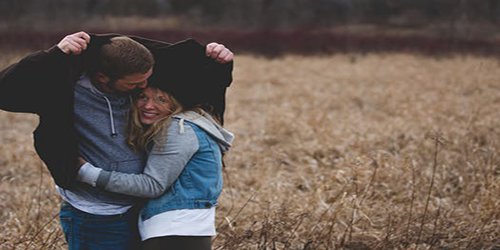 Also, don’t be surprised when you start having problems in your relationship. If you’re dating someone, it is going to happen. The sooner you accept it, the sooner you can become better prepared for them.

A relationship that doesn’t have its ups and downs, is probably more unhealthy than one that has its occasional bumps in the road. Accept the hard times as part of the journey.

Are You The Relationship Type?

The hard truth is that some guys are just not made to be monogamous, and neither are some girls. Trying to be in a relationship because you think you have to be in one, is a recipe for disaster.

If you’re living your life, killing it in your career, and slaying it at the bars, maybe it isn’t the right time for you to be with someone seriously. In the beginning, you should put yourself first.

Your circumstances in life will play a huge factor in whether or not you can handle a relationship. If you feel like you’re tired of the dating scene, and want someone to stay in and chill with, it might be time. 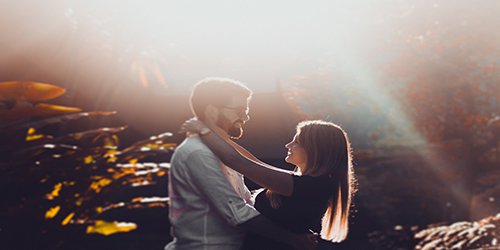 Just be honest with yourself, and make sure your perception of reality matches up with how you really feel. If it doesn’t, you could end up making a decision that you aren’t really happy with.

Society puts a lot of pressure on people to settle down, but the fact is it just may not be natural for some people. Not everyone is going to happy being monogamous.

To come full circle, the start of a good relationship comes from knowing yourself. If you know who you are, and what your wants and needs are, then you’ll never be unhappy with the choice you make.

So, before you shack up with the girl you’ve been just messing around with, do something soul-searching. It’s the only way to know if it’s really the right move.

[FREE DOWNLOAD] - How To Turn Things Around If She Ghosts You

Try this simple "copy paste" text message to get her intrigued, and thinking that she made a mistake.

Second Date Ideas: Why They Might Matter The Most
Introvert Vs. Extrovert: Which One Are You?

This website uses cookies to improve your experience while you navigate through the website. Out of these cookies, the cookies that are categorized as necessary are stored on your browser as they are essential for the working of basic functionalities of the website. We also use third-party cookies that help us analyze and understand how you use this website. These cookies will be stored in your browser only with your consent. You also have the option to opt-out of these cookies. But opting out of some of these cookies may have an effect on your browsing experience.
Necessary Always Enabled
Necessary cookies are absolutely essential for the website to function properly. This category only includes cookies that ensures basic functionalities and security features of the website. These cookies do not store any personal information.
Non-necessary
Any cookies that may not be particularly necessary for the website to function and is used specifically to collect user personal data via analytics, ads, other embedded contents are termed as non-necessary cookies. It is mandatory to procure user consent prior to running these cookies on your website.
SAVE & ACCEPT

Want to Escape the Friend Zone?

(Even if she's already "rejected" you?)

I want to turn things around with her so we can be a LOT more than friends.

I'm cool being friend zoned by girls I want to date.

​This guide gets her sexually attracted to you, even if she’s only seen you as a friend for years!

FREE DOWNLOAD: How To Turn Things Around When She Ghosts You